Costa Blanca is the tourist name of the Alicante province coast, washed by the Mediterranean Sea in southeaster Spain. The coastline with a length of 220 km and a total area of 5,817 km² contains 170 beaches, bays and rocks. The main attraction of the Costa Blanca is, of course, the local climate. So, let's start with it. 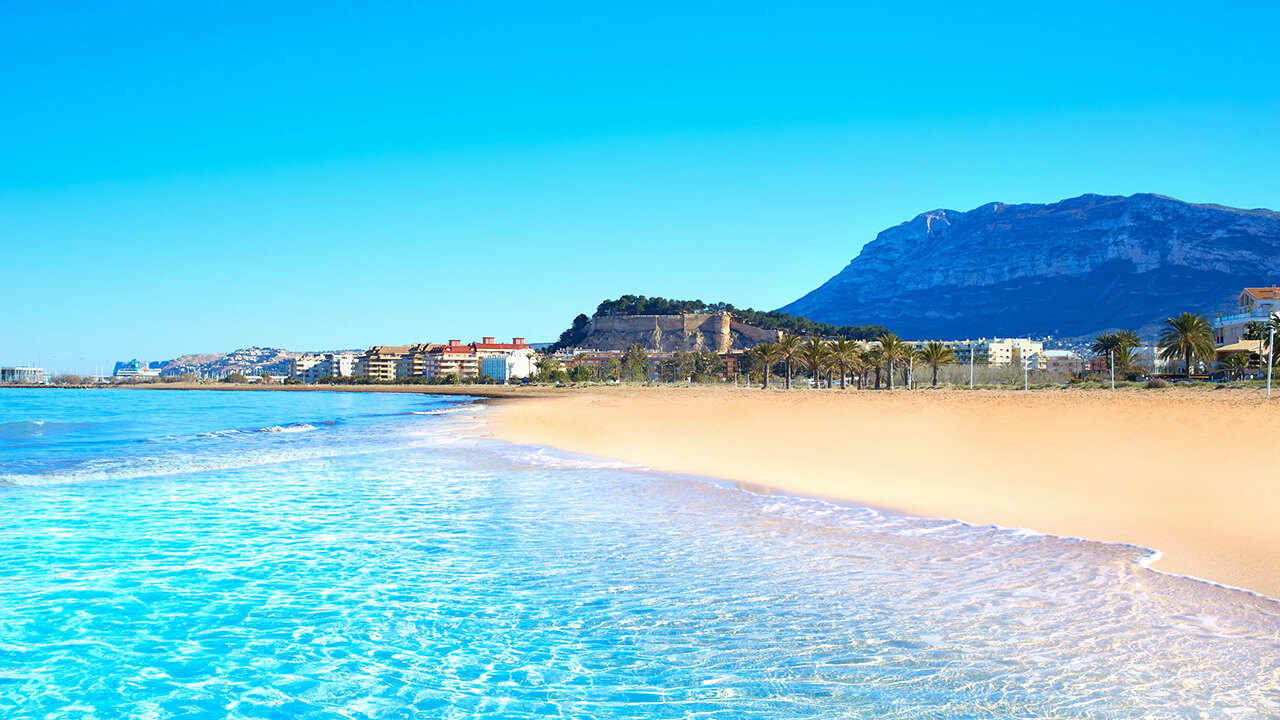 Living on the Costa Blanca is good for your health! This is the opinion of the World Health Organization, which has recognized the local climate as one of the best in the world.

320 days of sunshine a year. There are no seasonal temperature changes, strong winds or snow. The mountain ranges trap cold air masses. Also, there is no scorching heat due to the cosy sea breeze.

The average annual temperature here is +18 ℃.

The microclimate of the city of Torrevieja is recognised as one of the most beneficial in the world influenced by a nature reserve with the largest salt lagoons in Europe. It is also home to many rare birds, including beautiful flamingos.

That is why thousands of people from all over the world come here for health, youthfulness, and beauty.

The Costa Blanca has over 220 km of coastline with sandy beaches, calm seas, amazing coves, and cliffs.

In terms of the number of Blue Flags awarded for cleanliness, infrastructure development and quality of service, the beaches of the Costa Blanca in 2020 ranked the best in the world. 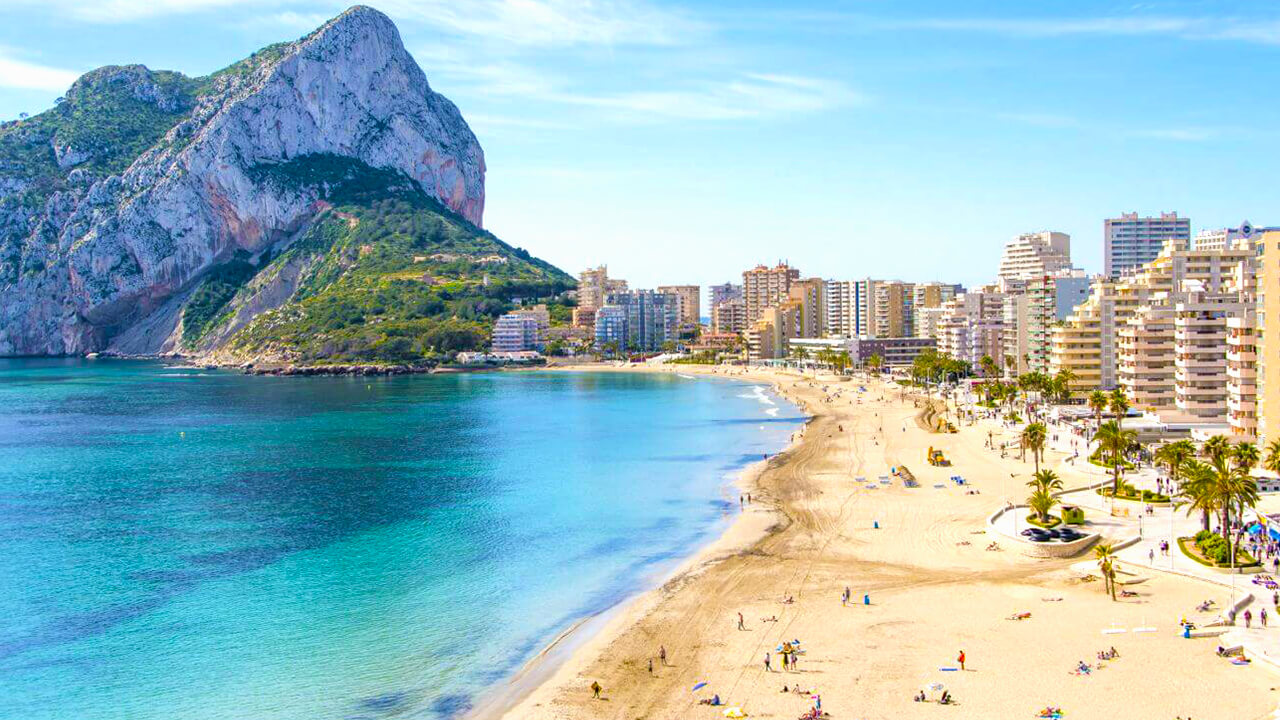 On the Costa Blanca, you can find beaches in every resort town. 71 beaches are awarded the highest quality mark, and most of them are the beaches of Orihuela Costa.

Perhaps, there is not a single city on the Costa Blanca which does not celebrate its own holiday. Any settlement, even the smallest, will always find a special occasion for festivities. Several festivals have been recognized as international tourist treasures. Yes, the Spaniards know how to make real fun.

The main attraction of the Costa Blanca for both children and their parents lies in the sheer amount of entertainment.

There are many amusement parks here, for instance: 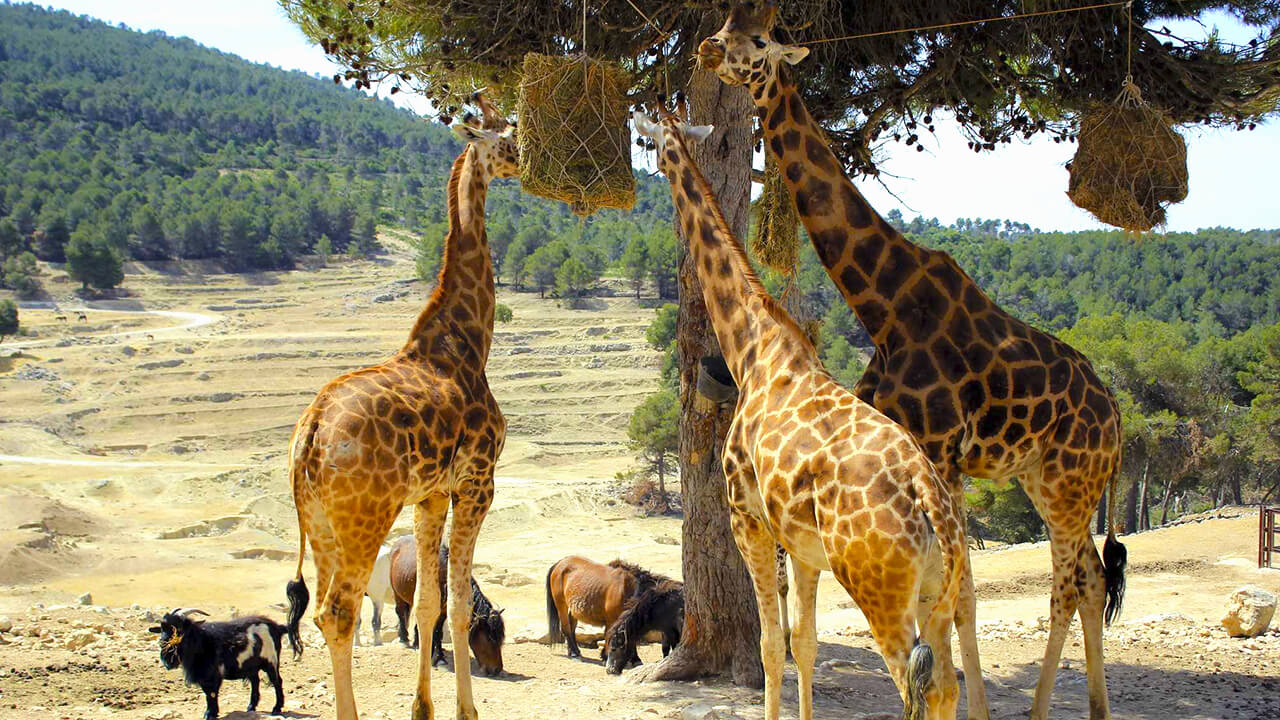 And you can also find many zoos, about a dozen museums, go-kart tracks and water parks here:

One of the largest amusement parks in Spain and Europe, Terra Mitica, (translated as "Land of Myths") deserves special attention. It houses over 20 grandiose themed attractions on an area of 100 hectares.

The Costa Blanca is ideal for active lifestyle fans, as you can enjoy outdoor sports all year round here: running, cycling, water sports, and much more.

There are more than 25 yacht clubs and sports ports on the Costa Blanca that will surely delight lovers of water sports: windsurfing, kitesurfing, sailing, jet skiing, water skiing, and more. And, of course, a vibrant underwater world with an unforgettable diving experience. 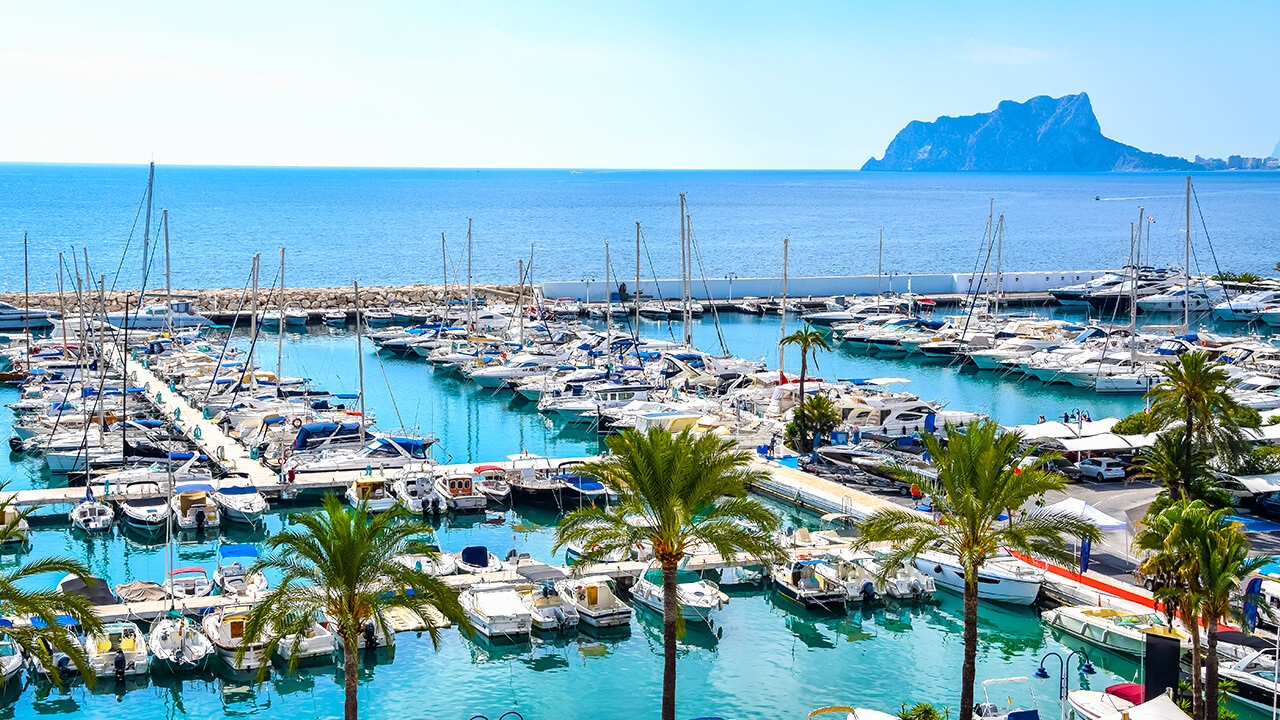 In addition, there are 22 golf courses. Three of them (Villamartin, Las Ramblas, and Campoamor) are world famous and the best in Spain. More than 500 thousand foreigners come here to play golf every year. It is not for nothing that the Costa Blanca is considered a paradise for lovers of this sport. 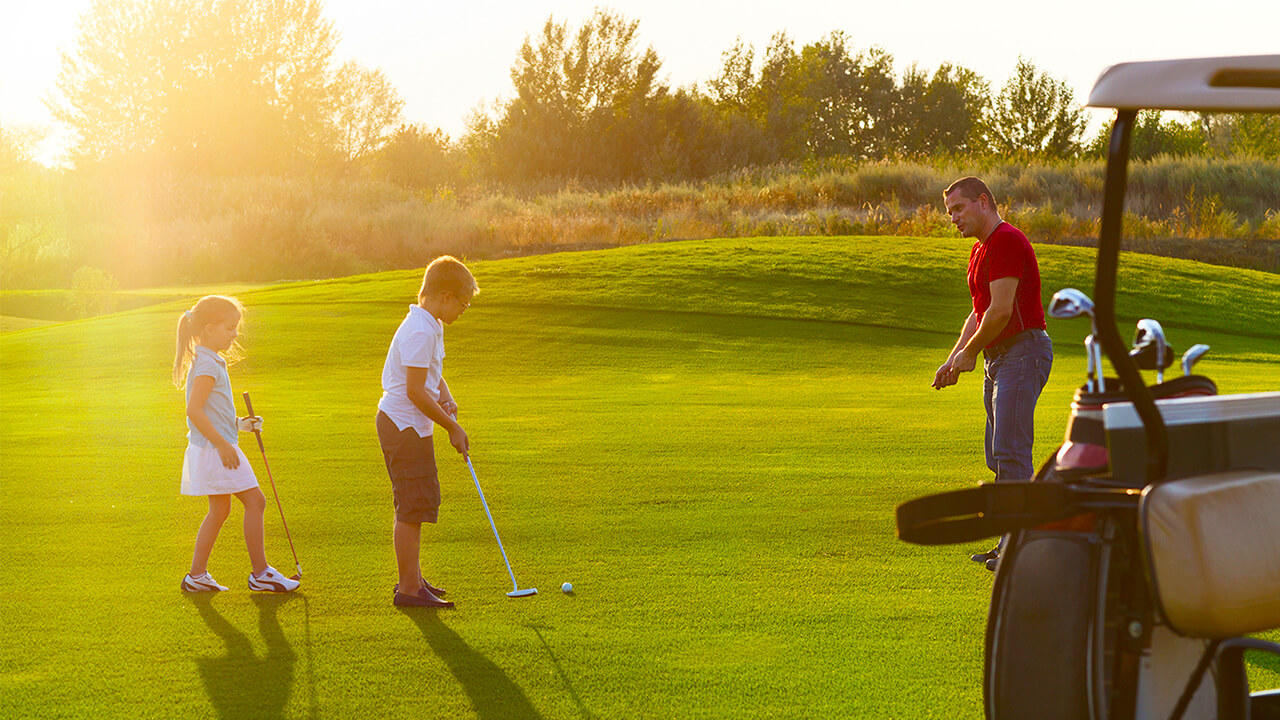 The constant abundance of fruits and vegetables both in supermarkets and in local open-air markets will surely delight of healthy food lovers. The markets on the Costa Blanca are not only a place to shop, but also a Spanish tradition, a culture rooted in the remote past. 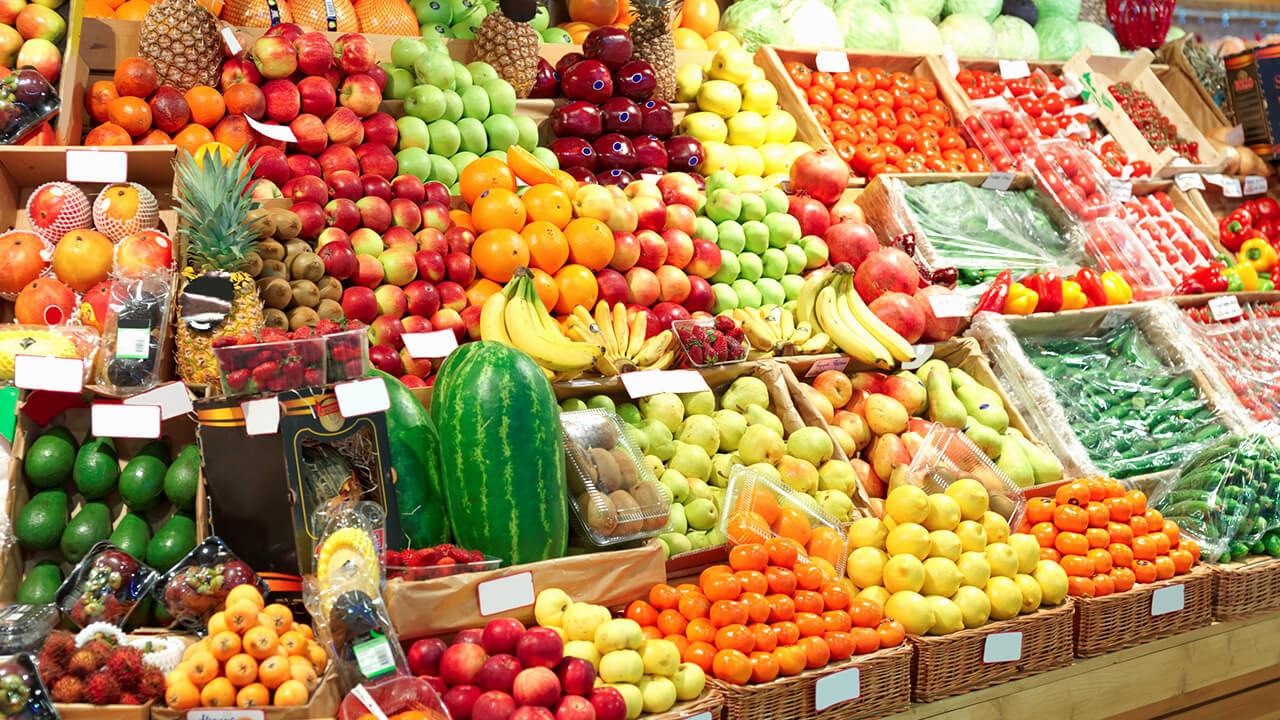 There is also an incredible number of cafes, bars and restaurants, many of which are marked by the Michelin gastronomic guide.

Medical care on the Costa Blanca deserves special attention. There are both private and public clinics with multilingual doctors.

According to the World Health Organization, Spanish medicine is now confidently ranked 4th on the planet - this is the best indicator in the European Union. It is no coincidence that the standard of living is so high here: men in Spain live on average 79 years, women — 85.

The Costa Blanca is one of the most visited corners of Europe by foreign tourists. More than 9 million people arrive at Alicante airport every year.

Along the coast, there are numerous settlements of the British, Germans and Scandinavians. In most municipalities, their number even exceeds the local population.

The province of Alicante has excellent transport infrastructure. A five-minute drive from Alicante, there is an international airport that receives hundreds of flights every week from all over Spain and Europe.

The high-speed Mediterranean highways A-7 (southern Spain - France) and N332 pass through the province, and there is an extensive network of national and local highways.

The passenger seaports of Alicante and Denia connect the province with the Balearic Islands and North Africa.

Quality of life, incredible climate, political stability and affordable housing prices attract tourists from all over the world. Undoubtedly, the Costa Blanca is the ideal location for those looking for a calm and quiet place for both vacation and permanent residence.