Why is it profitable to buy Property in Spain? 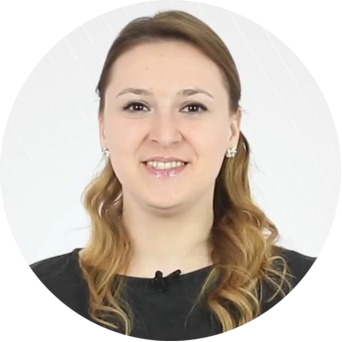 It's no secret that sunny Spain has been one of the most popular countries among real estate buyers for many years, and there are a lot of advantages of such a purchase. We will tell you about the 10 main ones in this article.

Reasonable prices on property in Spain

On average, property prices on the Mediterranean coast in Spain are much lower than, for example, on the Mediterranean coast of France or Italy. And if you compare with megacities - such as London, Paris, Berlin or Moscow, then the cost of real estate per square meter is many times lower. Also the prices on the real estate market in Spain are constantly growing, so the purchase itself is a very promising investment. Over time, Spanish real estate can easily be resold much more expensive.

Even if you don’t have enough money to buy your desired property, Spanish banks will gladly provide you with the necessary funds on really favorable terms.

But, as a rule, objects of new construction receive more attractive credit conditions.

Quick earnings, by renting your home

Having bought real estate on a mortgage, you can immediately start earning by renting your home. Thus, your property will pay for itself. Since the profit from renting your home is simply guaranteed. After all, the tourist attractiveness of Spain and the developed infrastructure for tourists all year round contribute to all this. These earnings are enough to pay your expenses on a mortgage loan, for utilities, taxes and more.

Unique climate. Spain is an ideal place to live and relax, especially when it comes to the Costa Blanca. Thanks to the warm Mediterranean climate, it is the best resort country in Europe:

That is why the World Health Organization recognized this coast as one of the best in the world for permanent residence.

Unique flavor with many historical attractions

The Costa Blanca attracts tourists with ancient castles, fortresses, dozens of major museums and cultural centers, as well as natural parks and reserves.

Spain is the birthplace of bullfighting and siesta, which very clearly characterizes the mentality of the inhabitants of this country. Passionate and emotional Spaniards are always relaxed, and try to get the most out of every moment of life. And unforgettable holidays, enchanting fun, and an incredible number of colorful festivals make this country truly unique. The Spaniards are by their nature very friendly, open and hospitable people who are warm to both tourists and foreigners who settle in the neighborhood.

Developed tourism infrastructure. The Spanish coasts are replete with popular tourist resorts with perfect clean beaches that meet high quality standards and are awarded the Blue Flag environmental certificate. The quality of motorways is at a very high level here. New airports are constantly being commissioned in the country as well as they significantly expand the existing ones.

Medicine in Spain is recognized as one of the best and most modern not only in Europe but also in the world where, according to the World Health Organization, the country takes fourth place. All foreigners who pay social insurance have the right to use the state health care system. Emergency medical care is provided to absolutely everyone, regardless of the register in the social insurance system, nationality and social status. And thanks to the mild climate, which has a general strengthening effect on the human body, the high level of medicine, Spain is one of the first places in Europe in terms of life expectancy.

Education in Spain attracts people from all over the world. This country ranks third in the number of foreign students, second only to the UK and Italy. More than 10 Spanish universities are in the top 500 of the world QS ranking, which indicates an excellent level of higher education. And low tuition and living expenses make education in Spain affordable for most students.

87% of Spaniards believe that retirement is a time of pleasure and fiesta. For 81%, this is a period of exciting leisure. And they are right, since Spain contributes 10.5% of GDP to the payment of state pensions and is among the ten European countries that spend significantly more on pension than others. As a result of the reform, the retirement age in Spain has been increased from 65 to 67 years. Moreover, the retirement age of women in Spain does not differ from the retirement age of men.

This Mediterranean country loves greens, fish, and seafood. Gourmets will appreciate the national Spanish cuisine, as it incorporates the ancient Roman and Moorish traditions with elements of French and even African cuisine. Despite the fact that the common attributes of the cuisine are the same for all regions of Spain, yet each region is distinguished by its own culinary traditions. Without a doubt, the cuisine of Spain is one of the main attractions of the country.
So, today we told you about the 10 main advantages of buying property in Spain. Do not hesitate to call; we will help you choose the property of your dreams!